German and Swedish Metal, Kreator and Sabaton, Unite For Tour That Includes Stop In Chicago At House of Blues 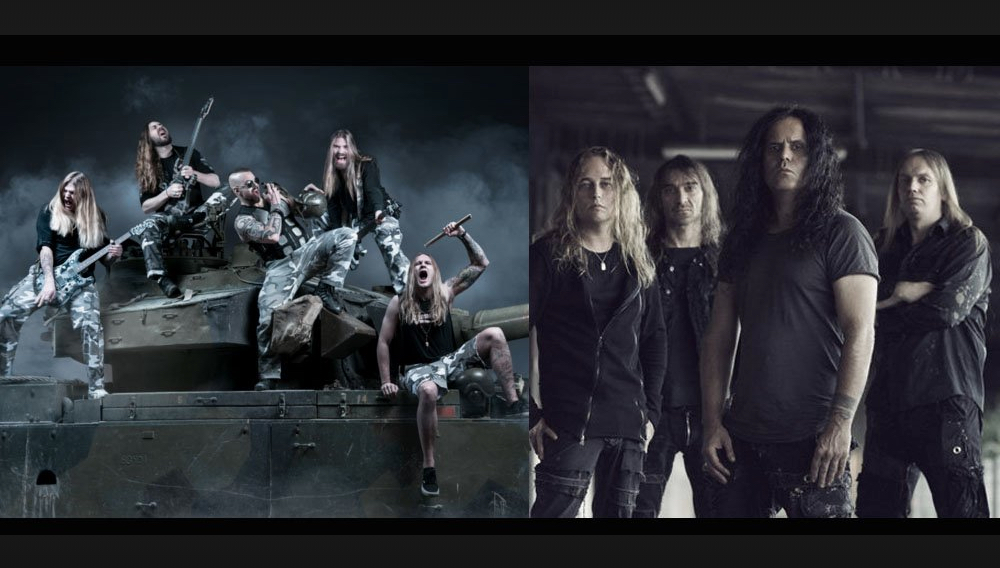 In any genre, there are certain pioneers without whom the genre itself wouldn’t exist. Unwavering after more than thirty years, German powerhouses Kreator led nothing short of an attack on the capacity crowd at Chicago’s House of Blues.

Taking the stage to “Phantom Antichrist” from the 2012 album of the same name, the ninety minutes that followed were an education in some of the best riffs in thrash metal, and singer/guitarist Mille Petrozza worked the mosh pit as if it was his birthright. To say that Kreator have ‘hits’ in the classic sense wouldn’t be entirely accurate given the band’s non-existent radio play in the states; however, tearing through some of their best known songs like “People of the Lie” and “Flag of Hate,” the band’s violent political imagery rang truer than it has in a long time given the state of global relations.

Kreator’s melodic approach to riffs and solos (particularly the effortlessly elegant speed of lead guitarist Sami Yli-Sirnio, whose fluid style is unmatched in contemporary thrash) always put them a considerable cut above Destruction, Sodom, and Tankard (their long-time German peers in the genre), and the career-spanning setlist (highlighting last year’s stellar Gods of Violence) showcased a wide range of material for both long-time fans and newcomers.

The fact that Kreator has remained a cult phenomenon in America was at times puzzling; in a world where Slayer can win Grammies, one has to think that a band with the precision and experience of Kreator could enjoy the same kind of mainstream success. Regardless, as the hordes of fans at House of Blues proved, it doesn’t really matter—when you’re good at what you do, it speaks for itself, and Petrozza’s mission for the fans to ‘destroy the place’ took the form of a floor-wide pit for the duration of their set.

Sabaton took the stage to a backdrop of computer-animated war footage and visuals that accompanied the high-energy performance that began with “Ghost Division” from 2008’s The Art of War. While in stark contrast to Kreator, the band’s classic power metal style called to mind elements of early NWOBHM and the manic energy of Iron Maiden and Raven.

Photos of Kreator from the show at House of Blues Chicago, click here

Photos of Sabaton from the show at House of Blues Chicago, click here