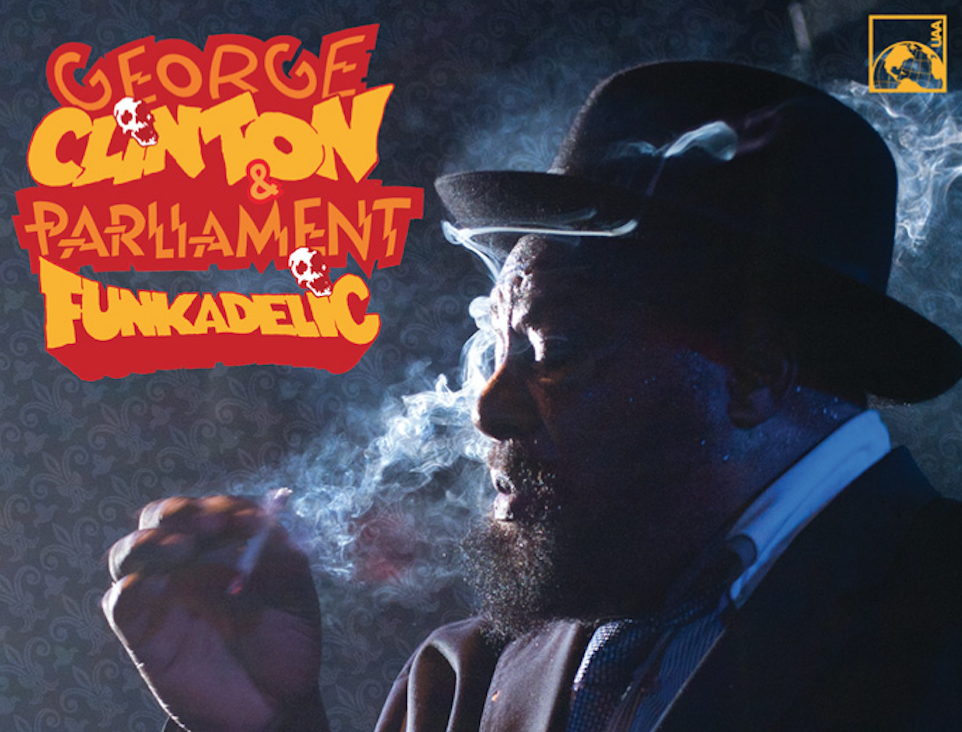 Born in Kannapolis, NC, on July 22, 1941, Clinton became interested in doo wop while living in New Jersey during the early ’50s. . Basing his group on Frankie Lymon & the Teenagers, Clinton formed The Parliaments in 1955, rehearsing in the back room of a Plainfield barbershop where he straightened hair. The Parliaments released only two singles during the next ten years, but frequent trips to Detroit during the mid-’60s – where Clinton began working as a songwriter and producer – eventually paid off their investment.

The Parliaments finally had a hit with the 1967 single “(I Wanna) Testify” for the Detroit-based Revilot Records, but the label ran into trouble and Clinton refused to record any new material. Instead of waiting for a settlement, Clinton decided to record the same band under a new name: Funkadelic. Founded in 1968, the group began life as a smoke screen, claiming as its only members the Parliaments’ backing but in truth including Clinton and the rest of the former Parliaments lineup. Revilot folded not long after, with the label’s existing contracts sold to Atlantic; Clinton, however, decided to abandon the Parliaments name rather than record for the major label.

By 1970, George Clinton had regained the rights to The Parliaments name: he then signed the entire Funkadelic lineup to Invictus Records as Parliament. The group released one album – 1970’s Osmium – and scored a number 30 hit, “The Breakdown,” on the R&B charts in 1971. With Funkadelic firing on all cylinders, however, Clinton decided to discontinue Parliament (the name, not the band) for the time being.

Inspired by Motown‘s assembly line of sound, George Clinton gradually put together a collective of over 50 musicians and recorded the ensemble during the ’70s both as Parliament and Funkadelic. While Funkadelic pursued band-format psychedelic rock, Parliament engaged in a funk free-for-all, blending influences from the godfathers (James Brown and Sly Stone) with freaky costumes and themes inspired by ’60s acid culture and science fiction. From its 1970 inception until Clinton’s dissolving of Parliament in 1980, Clinton hit the R&B Top Ten several times but truly excelled in two other areas: large-selling, effective album statements and the most dazzling, extravagant live show in the business. In an era when Philly soul continued the slick sounds of establishment-approved R&B, Parliament / Funkadelic scared off more white listeners than it courted. (Ironically, today Clinton’s audiences are a cross-cultural mix of music lovers from 8 to 80.)