Concert Review: A Lesson In Nostalgia With Mayday Parade 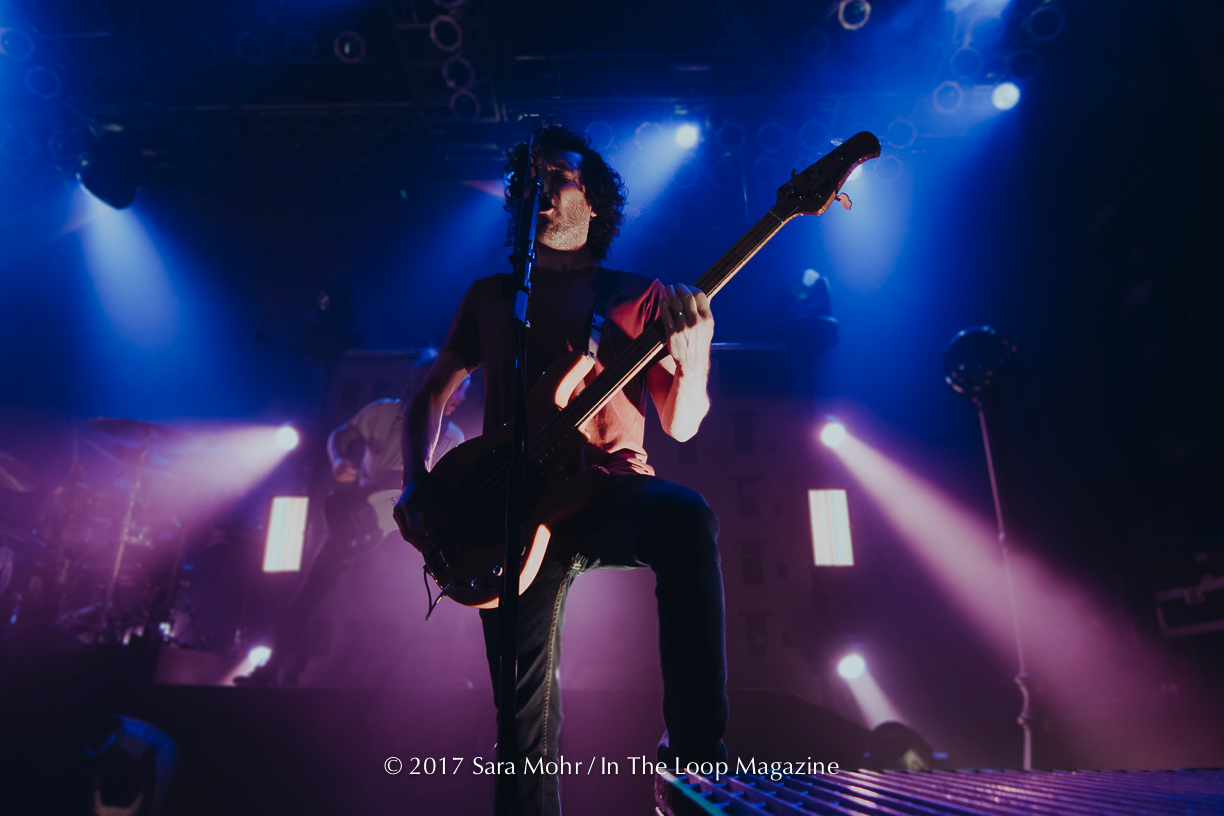 Another album, another ten year tour. Mayday Parade stopped in Chicago last night, making their rounds on their ten year anniversary tour for their 2007 release A Lesson In Romantics. For fans of Mayday Parade, simply walking into the room made it clear there was anxiety in the air in the best way. Everyone that filled the music hall, which was pretty much filled to the brim, was ready for something.

The night kicked off with a visit from Milestones, a pop-punk band from overseas. Haling from England, the five men (Drew Procter (guitar), Mark Threlfall (bass), Eden Leviston (guitar), Andy Makin (drums), and Matt Clarke (vocals)) gave their all to the crowd and made sure to leave an impression with the few songs they performed. They had a majority of the crowd jumping along as they sang some jams off their debut EP Equal Measures and bounced around the stage themselves. Milestones was a prime example of those bands that could play to no one, or 15,000 people and have the same boundless energy. They were certainly a kickstarter for a night that was merely beginning.

Knuckle Puck was the one to grace the stage shortly afterwards; beginning with Nick Casasanto (rhythm guitar), followed shortly by Kevin Maida (guitar), Ryan Rumchaks (bass), John Siorek (drums, and Joe Taylor (vocals) flooding from the other side of the stage. The pop-punk band from the south suburbs pumped the crowd with continuous energy. It was endless as people crowd surfed, squished, and sang along with songs off their EP ‘While I Stay Secluded’, as well as their full-length ‘Copacetic’. The floor was literally shaking as the crowd jumped along to songs like ‘Gold Rush’ and ‘Evergreen’. Knuckle Puck certainly imprinted on the House Of Blues during their second visit there, leaving an impact on every fan in that room — Mayday or otherwise. The hometown heroes proved their loyal Chicago fanbase was alive and well. Though the Knuckle Puck fans gave their all, it was no match for what was to come as Mayday played some fan favorites.

The room was bustling with small talking as everyone waited for the band to grace the stage and nearly as soon as they did, there were screams of excitement. Enter the band: Alex Garcia (rhythm guitar), Brooks Betts (guitar), Jeremy Lenzo (bass), Jake Bundrick (drums), and Derek Sanders (vocals). The Mayday fans of Chicago were not quiet. A roar of applause and screams hit everyone’s ears with ease. No one was silent as they kicked off their set with the expected ‘Jamie All Over’. The band kicked off their setlist with a punch and no preparation could’ve been done for the energy everyone was giving back. It sounded as if there wasn’t a soul in that room that wasn’t singing happily along with A Lesson In Romantics.

The songs slowed down as they brought out a piano for ‘Miserable At Best’, a tear-jerker among longtime Mayday Parade fans. Everyone swayed and song and held their lovers as Derek graced the crowd with his sweet vocals. The hype was easy to pick up again, regardless of the tug on all our heart strings, the crowd pushing out the other half of their energy. Unexpected, the band ripped out a cover of ‘Yesterday’ by the Beatles before continuing down their setlist and rocking out to a few songs off of other albums including ‘Terrible things’ (from their 2011 EP Valdosta) and ‘Keep in Mind, Transmogrification Is a New Technology’ (from their most recent release Black Lines). The night came to an end, but not before the band could come out to say goodbye with their signature ‘Oh Well, Oh Well’ off their self-titled from 2011. To put it simply: Mayday Parade fans not only got served a lesson in romantics, but a lesson in nostalgia and a solid show they’ll never forget.

For photos from the Mayday Parade show at House of Blues Chicago, click here

Setlist for Mayday Parade live in Chicago at House of Blues:

5. If You Wanted a Song Written About You, All You Had to Do Was Ask

7. Walk on Water or Drown

9. I’d Hate to Be You When People Find Out What This Song Is About

11. Champagne’s for Celebrating (I’ll Have a Martini)

12. You Be the Anchor That Keeps My Feet on the Ground, I’ll Be the Wings That Keep Your

Heart in the Clouds

16. When You See My Friends

17. Keep in Mind, Transmogrification Is a New Technology