Concert Review: Avatar At The Aragon 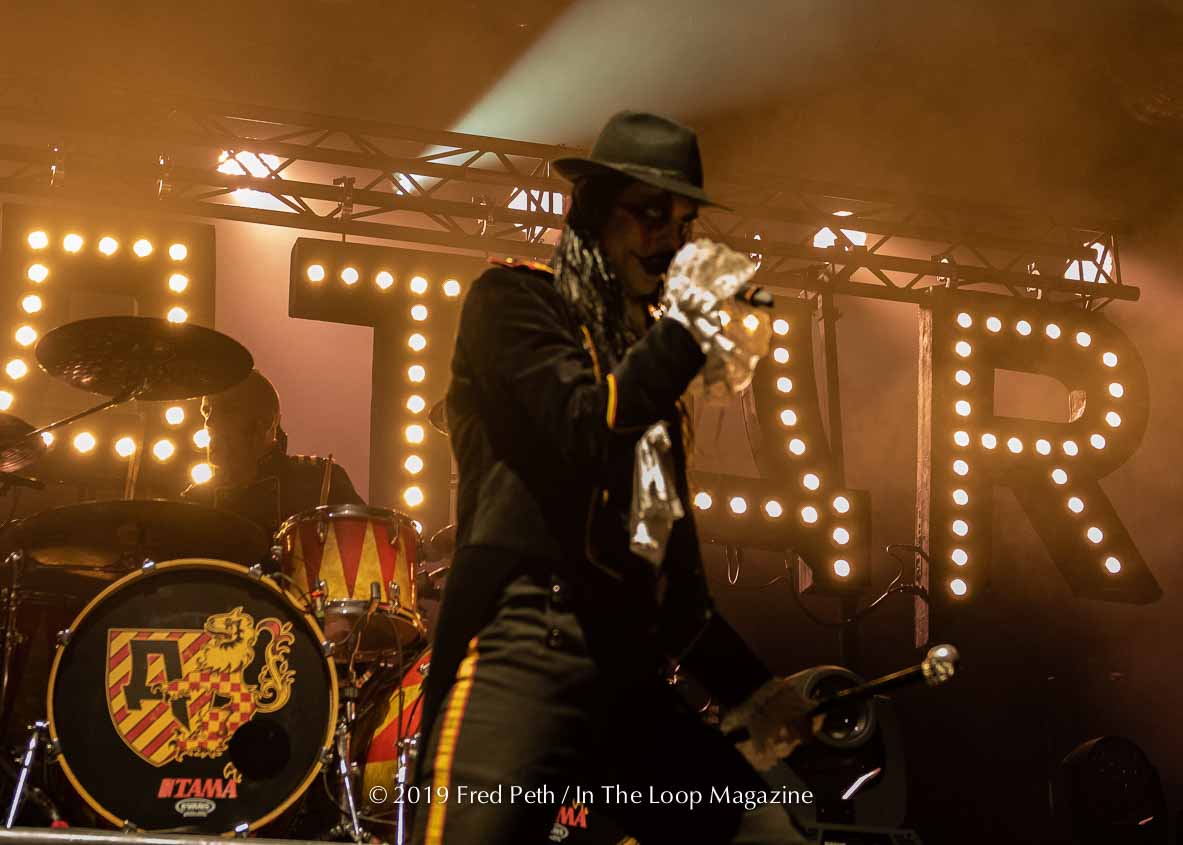 Avatar came out opening their short eight-song setlist with blasting ‘Hail The Apocalypse’ to the screaming and head-banging crowd. This show was the last chance to see the “King” and all his merry men in Chicago supporting the highly successful Avatar Country album, this time opening for Baby Metal. I was able to create a memorable experience and fly to Houston, Dallas, Tempe and Los Angeles to see them last year all within a week and I would do it all over again, so there was nothing keeping me from seeing these guys one last time this year.

With their AVATAR sign lit up as the backdrop, the band members walked out onto the stage to a roar of excitement from the early crowd. The heavy guitar riff from the combined shredders of Jonas Jarlsby and Tim Öhrström opened the song as John Alfredsson followed with the heart-thumping drums beats while bassist Henrik Sandelin added his notes while they all swung their hair in unison. Frontman, Johannes Eckerström, took command of the audience’s attention from the start with his exuberant facial expressions and wildly swinging mannerisms. It is safe to say that the majority of the crowd has seen Avatar at least once before, as they were singing along.

Turning up the intensity, the band kicked into ‘Let It Burn’. The crowd was starting to go straight out of their minds as the mosh pits were kicking up. It was a thrill to see the crowd’s excitement showing the band that they were the voice to help them shout. The crowd continued to raise their horns in the air and bang their heads as the chosen song ‘A Statue of the King’ from Avatar County was their first single released from the album.

To the joys of the crowd, Johannes said that the band is going into “hibernation” after this tour to write, record and release new material, so they will have some “new tricks” to show to us all. Hopefully this new album will be out in 2020 with another incredible touring schedule to follow.

Johannes playfully introduced “Smells Like a Freakshow” as he built up the anticipation. Everyone was pumping their fists in the air, as they knew all the lyrics as they joined in singing. With the amount of new citizens to Avatar Country across the world, I see this band headlining a lot more and constantly dominating the stage with their outstanding playing and stage presence!

I am honored to be able to photograph and review this great theatrical band over the last couple of years and hope to for many years to come! As John, Jonas, Henrick, Tim and Johannes push themselves in the studio, I am excited to see what direction they are going to take the next album in. Sorry to take these guys away from their families for so long, but I hope they do not hibernate for too long. We need this great heavy metal music in the States more!

A Night Of Indie Pop At The Riviera Theatre With K Flay, Houses and Your Smith Avatar @ Aragon Ballroom