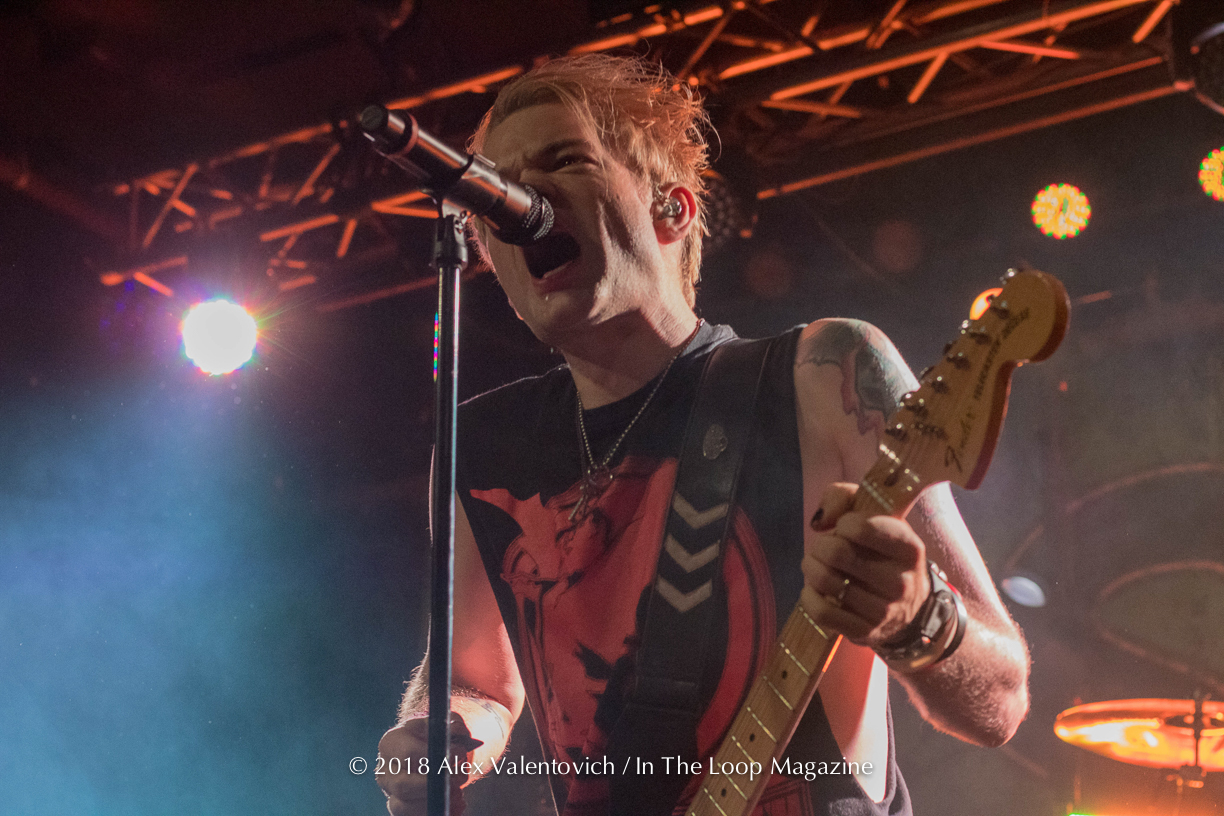 Sum 41 brought a far sold out in advance crowd in Chicago a pop punk show that made everyone clearly see that Sum 41 hasn’t slowed down or stopped rocking over time in even the slightest.

From the first few seconds after Sum 41 walked on stage and broke into “The Hell Song”, the opening track off of “Does It Look Infected”, the band had air cannons going, confetti shooting out, crowd surfers going already, and every person singing along in unison. During this first song the band even grabbed crowdgoers to bring onstage with them for this song. From that first song onward the energy never stopped from neither the crowd nor the band.

Going on tour to play the entire “Does It Look Infected” album came across great live and instead of playing it front to back the band mixed the setlist up as to give it a new take and keep everyone on their toes. From the reaction the crowd gave to most of the songs though they should keep a handful of the tracks in their sets are regulars from now on.

Aside from just playing the band, particularly frontman and guitarist Deryck Whibley, made sure to keep the crowd energized. Deryck was clearly having a blast being up there and playing especially after the complications he had the past. The sold out Chicago crowd made sure to show him love in the form of crowd surfers, mosh pits, circle pits, and sing a longs whenever they were asked.

If this show told pop punk fans anything, it is that Sum 41 is here and they aren’t going anywhere. With the band announcing they will be recording a new album with another tour next year (as well as playing this years Riot Fest) fans will be seeing much more of Sum 41. This was a must see tour and if you can catch Sum 41 in the future I’d highly recommend it as they seemingly just get better with age.

Over My Head (Better Off Dead)

We Will Rock You

Fake My Own Death