Coming Back To Chicago For Round Two, Jeff Lynne’s ELO Return To United Center With Dhani Harrison As Opener 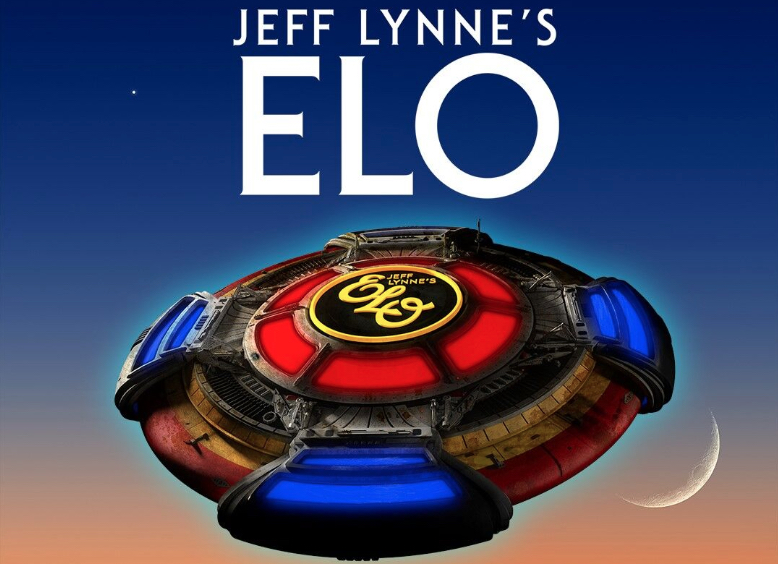 (March 18, 2019) – Ahead of bringing their outstanding live show back to North America this summer, Jeff Lynne’s ELO has announced that acclaimed British multi-instrumentalist, singer-songwriter Dhani Harrison will join the tour as opening act on all 20 dates. Harrison released his debut solo album In///Parallel in 2017 and most recently scored HBO’s four-part documentary series “The Case Against Adnan Syed,” which premiered March 10, alongside Paul Hicks.

The trek, produced by Live Nation, will kick off June 20 in Anaheim, CA and travel across North America to cities like Vancouver, Nashville, Atlanta, Washington DC, Toronto, Philadelphia, Newark, Detroit and Chicago before concluding in Pittsburgh, PA on August 1. Tickets and full details are available now at www.livenation.com.

“Jeff Lynne’s ELO revives ‘70s symph-pop greatness… a brilliant catalog returns to U.S. stages and gives the strings-starved people what they want. The ELO catalog speaks for itself… and it was a glorious thing to behold… in a 19-song set that reprised the closest thing to truly Beatle-level pop the 1970s had to offer.” – Variety

“Jeff Lynne’s ELO proves timeless & spectacular… When Lynne came out with the group, the crowd went wild. The show was loaded with virtually every top hit the band recorded. Every musician on stage was fantastic while the arrangements and sound quality almost made the audience forget they were watching a live performance and not listening to their old LP records.” – Glide Magazine

“Jeff Lynne, ELO deliver night of magic memories… the band’s 20-song set proved to be well worth the long wait… Lynne led his band through some 90 minutes of glorious ELO classics in front of a sold-out crowd. ELO’s music still sounds light years ahead of most of the bands heard on pop music radio today.” – San Jose Mercury News

“Jeff Lynne’s ELO prove that spacy pop rock is still a livin’ thing… one of the most flawless and visually stunning arena shows I’ve seen in a long time. Complete with monstrous lights, lasers and the mandatory ELO spaceship hovering behind the band on video screens, the show was as grand and engrossing as a blockbuster movie — a ’70s blockbuster movie, that is.” – LA Weekly

Known as one of the most iconic forces in music history, Jeff Lynne’s ELO has spent the last two years with a critically acclaimed and chart-topping album, a sold out run of UK and European shows, as well as an induction into the Rock and Roll Hall of Fame. The band has always been known for their epic live shows and with a distinct style that seamlessly and innovatively blends rock, pop and classical, ELO has had more than 20 Top 40 Hits across the U.S. and the U.K., making Lynne’s sweeping productions some of the most recognizable music of the last forty years and helping sell over 50 million records worldwide.

Widely agreed upon as one of the greatest record producers in music history, Lynne was a co-founder and member of The Traveling Wilburys together with George Harrison, Bob Dylan, Roy Orbison, and Tom Petty, as well as a producer and collaborator with some of the biggest names in music including The Beatles, Paul McCartney, Ringo Starr, Joe Walsh, and most recently, Bryan Adams.

Adam Ant To Performs His Landmark Solo Album “Friend or Foe” For First Time, Live In Its Entirety This Fall Multi-Platinum Band THE VERVE PIPE Head To CHICAGO On 3/29 To Play City Winery