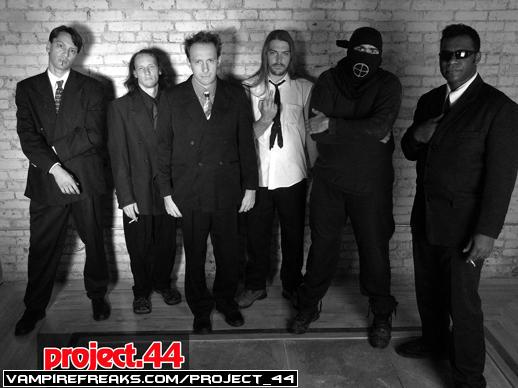 About the Artist: Project .44

Project .44 is an Industrial Rock band from Chicago, Illinois with members included in the group from bothMinistry and My Life With The Thrill Kill Kult. The band has released two albums to date and are currently working on a third. Their first album, Look Me In The Eye, came out in 1999 and their second album, The System Doesn’t Work, came out in 2005. Two music videos have been filmed for the tracks “Warpath” and “I”, both of which are from their second album. The band is currently signed to Invisible Records, which is also based in Chicago and is the current home of fellow Industrial icons Pigface.