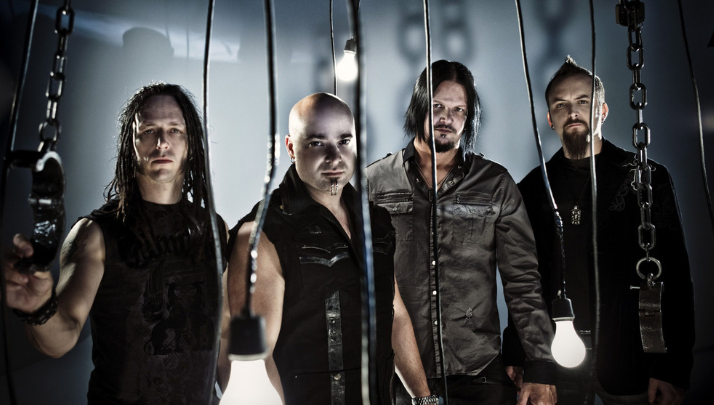 Formed in 1994 as Brawl, the band was renamed Disturbed in 1996 after Draiman was hired as the band’s new vocalist. The band has released five studio albums, four of which have consecutively debuted at number-one on theBillboard 200.[1] Disturbed went into an indefinite hiatus in October 2011 and the band’s members are currently working on various side projects. The band members insist that they will regroup as Disturbed again sometime in the future.

Before David Draiman joined Disturbed, the lineup consisted of vocalist Erich Awalt, guitarist Dan Donegan, drummerMike Wengren, and bassist Steve “Fuzz” Kmak. Before changing their name to “Brawl”, however, Donegan mentioned in the band’s DVD, Decade of Disturbed, that the name was originally going to be “Crawl”; they switched it to “Brawl”, due to the name already being used by another band. Awalt left the band shortly after the recording of a demo tape; the other three members advertised for a singer. They posted an advertisement in the local music publication in Chicago, Illinois, called the “Illinois Entertainer”.[2] Draiman answered the advertisement after going to twenty other auditions that month.[2] Guitarist Dan Donegan commented on Draiman: “You know, out of all the singers that we had talked to or auditioned, he [Draiman] was the only singer who was ready to go with originals. And that impressed me, just to attempt that”.[2]

With regard to Draiman being the new singer for the band, Donegan said, “After a minute or two, he just starts banging out these melodies that were huge…I’m playing my guitar and I’m grinning from ear to ear, trying not to give it away that I like this guy, you know, because I don’t want to, you know…[say] ‘Yeah, we’ll give you a call back. We’ll, you know, discuss it.’ But I was so psyched. Chill up my spine. I’m like, ‘There is something here’.” As drummer Mike Wengren commented, “We clicked right off the bat.”[2] Draiman then joined the band in 1996 and the band was renamed Disturbed. When asked in an interview why he suggested to name the band Disturbed, Draiman said, “It had been a name I have been contemplating for a band for years. It just seems to symbolize everything we were feeling at the time. The level of conformity that people are forced into was disturbing to us and we were just trying to push the envelope and the name just sorta made sense.

On February 8, 2012, it was announced that John Moyer is Heavy Metal supergroup Adrenaline Mob’s new bass player. John made his onstage debut with the group on March 12, at New York City’s Hiro Ballroom, a day before the release of the band’s debut full-length album, Omertá.[56] On February 14, 2012, on his Twitter account David Draiman has confirmed that he will make an appearance on VH1’s That Metal Show 10th Season airing sometime this year.[57] That episode was later moved to the 11th season and premiered on August 11, 2012.

In May 2012 Draiman announced his new project, an industrial metal band called Device.

Draiman has released information regarding the future of Disturbed and his new project Device. He has stated that Device will release their self-titled debut albumon April 9, 2013. The album will feature many guest musicians from various metal bands.

On April 25, 2013, it was announced that guitarist Dan Donegan and drummer Mike Wengren had begun a new project with Evans Blue singer Dan Chandler, Fight or Flight. Their debut album, “Life by Design?” was released on July 23, 2013.[58]

In January 2015, Moyer formed a new band with Scott Weiland, Ron “Bumblefoot” Thal, twins Jon and Vince Votta entitled Art of Anarchy, with an album set to release in Spring 2015.