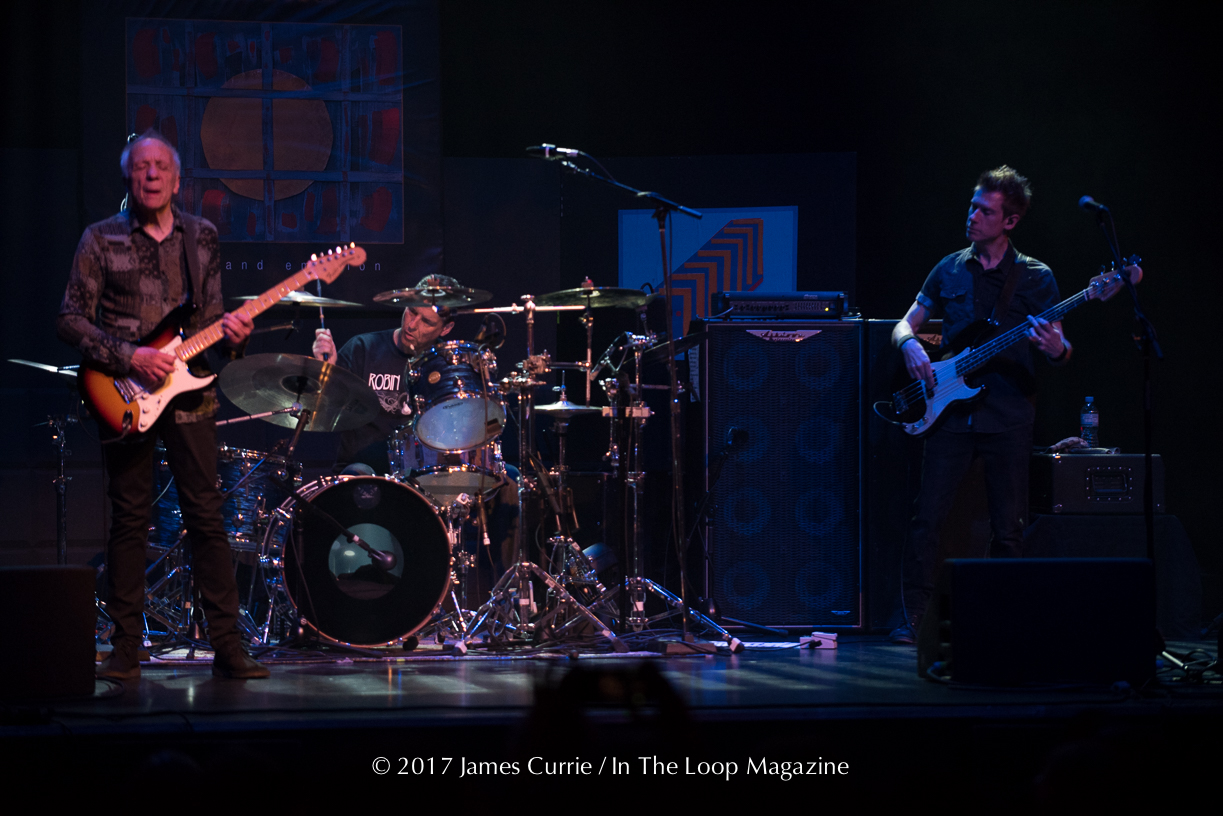 Robin Trower makes a return visit to Chicago for the first time in almost two years. This time around landing at the northwest side Copernicus Center. A vintage building to match his classic rock sounds. He’s currently on tour in support of his upcoming release, “Time and Emotion”.

The house was packed with Trower fans from way back. The man, the guitar, the legend, who helped launch the British Invasion / British Blues movement starting with Procol Harum and grew into his own by the early 1970’s with albums like, “Bridge of Sighs”, “For Earth Below” and “In City Dreams”.

Tonight, Trower treated fans to those classics and more starting with “Too Rolling Stoned”. This is a track to lead with as the house went wild. One side note, the fans weren’t able to get too wild at the Copernicus Center as for some reason, security made constant connections to remind them stay in their seats and sit down. No dancing in the aisle or seats. Very odd, but I guess house rules are house rules. The show went on with other foot stompin’ head swayin’ tracks like, “Day of The Eagle” and “Bridge of Sighs”. Trower in almost trance mode as he dives deep into his guitar licks like a madman in pain. One of the most animated performers around.

Trower’s backing band consists of Richard Watts on bass/vocals and Christopher Taggart on the drums. The backline that completed the psychedelic rock sound. They set up in the middle of the giant romanesque stage with his name and new album logo behind them. Pillars of light and mild smoke filled the gaps and brought the band out front and center. Trower was flanked by his Marshall stacks and armed with his Fender guitars. The sound was rich and full. Not too loud and a perfect mix. He kept the talk to a minimal, but the solos wailed. This is true classic rock at its finest. A guitarist that helped define a generation and sound.

Robin Trower (72) shows no signs of slowing down. With almost 40 albums under his belt and non stop touring since the mid 60’s, he’ll continue this US tour through early June. The new album, “Time and Emotion” is scheduled for release May 5th. Trowerpower!

For more on Robin Trower, including the current tour and record releases, click here

For photos from the show at the Copernicus Center, click here

Setlist for Robin Trower live in Chicago at the Copernicus Center: