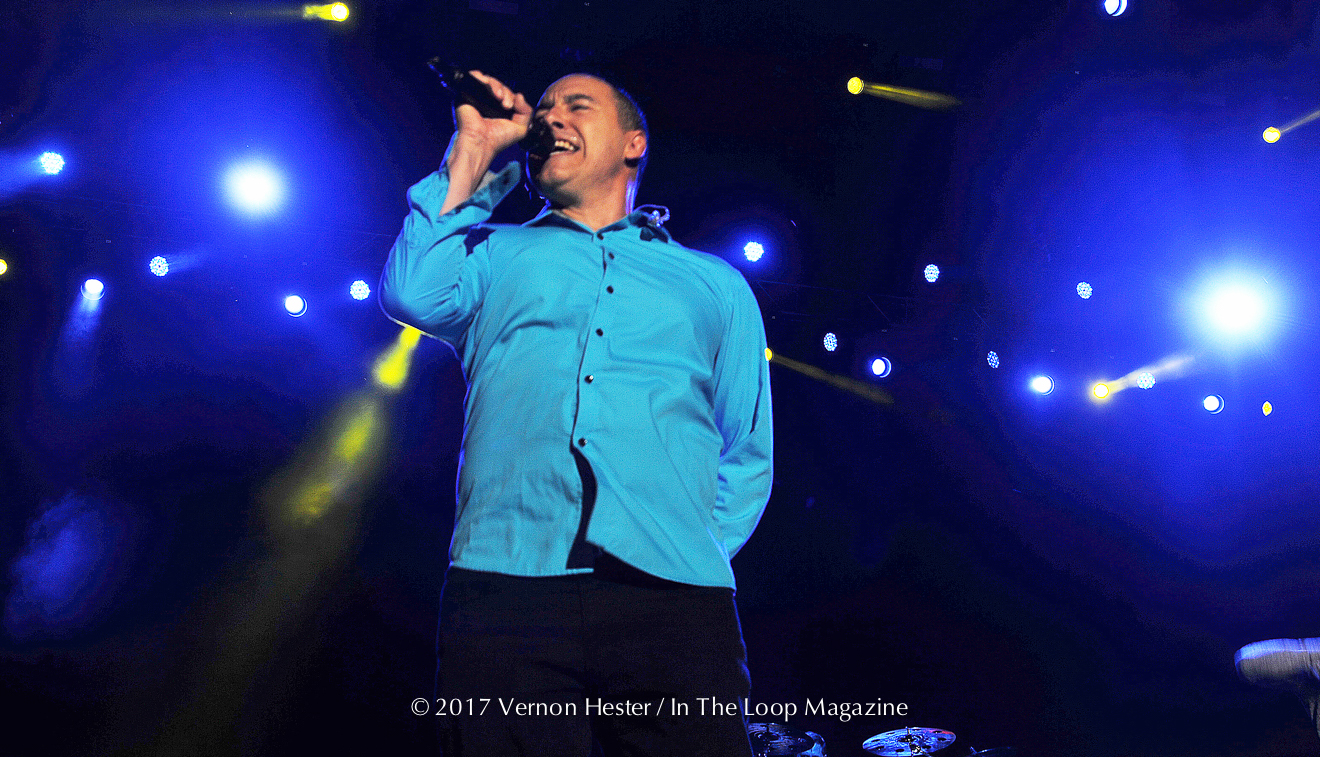 On a balmy evening, the legendary Omaha band 311 graced the Huntington Bank Pavilion in a megalithic show encompassing old and new material in their Unity Tour. Joined by the English rockers, the Skints and the Danish pop-punk outfit, New Politics, 311 tore up the stage, riled the crowd, and proved to a newcomer like me just why they command such a rabid following wherever they go. Unfortunately, having missed the Skints’ set owing to a snafu at the box office, I cannot comment on their music. Therefore, this account begins in a rather incomplete fashion, about halfway through New Politics’ set. Despite the parts missed, the bands onstage during yesterday’s performance stunned the crowd, with 311 dominating the proceedings and proving they are a band still at their height.

When I finally entered the Pavilion, New Politics were in the midst of an electrifying set. Listening to them initially, I thought they sounded like a group of Blink-182 revivalists. Their songs sounded like the kinds of teenage angst bands from when I was in middle school would sing about. However, what took me by surprise was New Politics’ boundless energy. The lead singer David Boyd, for instance, leapt, jumped, did handstands, flipped, crowd-surfed, and pretty much put the entire set on his back. There was one instance from many in the set, when he jumped onto the drumset, started kicking a cymbal, and then backflipped back onto the stage, only to spin on his head immediately after. It was exhausting seeing him go, but regardless, the band came to rock, and rock they did. In addition to their acrobatics, the music itself, although a bit derivative and too MTV-lite, did yield some gems towards the end of their set. Songs like “One of Us” a and “Yeah Yeah Yeah” both were the standouts with the former being a rollicking, pounding shake-your-fist-in-the-air/ you-matter anthem while the latter showed New Politics at their most frenetic and explosive. Altogether, New Politics played a fantastic set buoyed by their energetic performance.

Soon after, 311 emerged in a haze of a purple light and immediately began their set with “Perfect Mistake” off their latest album, Mosaic. Their reggae-funk-rap rock set covered almost the entire breadth of their discography, ranging from their earliest albums to, of course, their latest material. The band tempered their heavy, bouncing reggae beats with soft, laid back grooves such as “Amber” and other rockers like “Face in the Wind” to create one of the best sets I have ever heard. It seemed every song I heard was fantastic and I regret almost dismissing them as being just music I remember hearing at frat parties. In fact, from their set, I think “Come Original” set the stage for how amazing the set would become, with song’s rollicking beat, heavy riffs, and the wonderful interplay between both singers. However, other memorable songs such as “Too Much to Think” and the classic “All Mixed Up” were also suitably epic highlights during the show. Their music swelled and receded like a tide dragging the crowd happily along its course. Altogether, their set was brilliant and the crowd loved it.

In addition to the wonderful music, 311 clearly showed that they are a band’s band. As they played through each song in the set, the band never seemed to lose their step. 311 punctuated their set with moments during which only the drummer and bassist played. The bassist for instance, stole the show when he created an entire bassline himself, and then slowly added layers of different melodies until he had his own song going. Later on in the set however, the drummer upstaged the bassist with an equally great jam session, made even better when the rest of the band brought forth two more sets of drums and then started jamming with the drummer. It was unexpected, unheard of, and the most masterful thing the entire crowd ever laid eyes on. The guitarist, the vocalist, the bassist, and the hype man split up with two members taking one drum set and the others taking the second. The ensuing drumline was mesmerizing with each movement carefully coordinated and each drumbeat a dramatic assertion of the band’s strength. In an age when relatively old bands tour with changing lineups, this flourish was a potent reminder that although they may be getting old, they remain one of the strongest bands in the game.

Altogether, 311’s show lived up to the name of their tour, “Unity”, for the sound heard last night came from a band united, confident in their sound, and still in firm grip their legacy. For much of the crowd, the night vindicated their love of 311. For newcomers like myself, it was a joyful discovery.

For more on 311, including the current tour and latest release, click here

For photos from the show at Huntington Bank Pavilion in Chicago, click here

Setlist for 311 live in Chicago at Huntington Bank Pavilion at Northerly Island July 2, 2017